The New York Times Asks Attorney Bob Bollinger for Legal Analysis -- Maybe You Should Too?

Fill out the contact form on this page to get in touch with us, or call our office today.

Ever since a Union Army general announced in Galveston, Tex., that “all slaves are free” on June 19, 1865 — a day now commemorated as Juneteenth — the question of how to compensate the country’s formerly enslaved people has hung over the United States.

Lawmakers in Washington addressed reparations for slavery for the first time in more than 10 years on Wednesday. A House Judiciary subcommittee discussed a bill to create a commission that would make recommendations concerning “any form of apology and compensation” to descendants of enslaved African-Americans.

[At a sometimes raucous hearing, the writer Ta-Nehisi Coates took direct aim at Mitch McConnell, the Senate majority leader, for opposing the idea of reparations.]

There is no direct template for reparations of that kind, but Americans have received compensation for historical injustices before. Examples include Japanese-Americans interned during World War II; survivors of police abuses in Chicago; victims of forced sterilization; and black residents of a Florida town that was burned by a murderous white mob.

Every Friday, get an exclusive look at how one of the week’s biggest news stories on “The Daily” podcast came together.

Here is a look at what happened in those cases, and some of the lessons that can be drawn from them.

Native Americans did not get full control of money awarded to them. 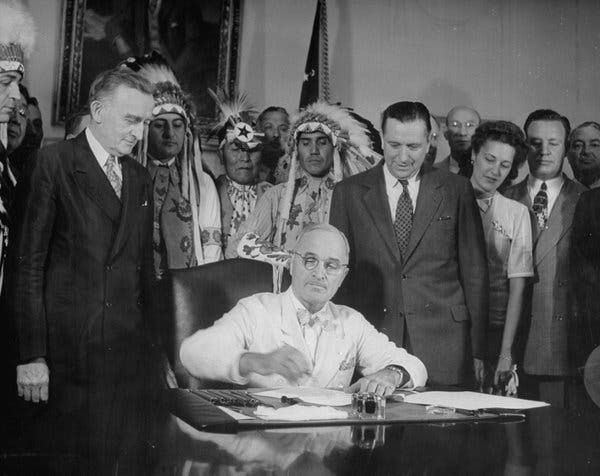 After World War II, Congress created the Indian Claims Commission to pay compensation to any federally recognized tribe for land that had been seized by the United States.

The group’s mission was complicated by a paucity of written records, difficulties in putting a value on the land for its agricultural productivity or religious significance, and problems with determining boundaries and ownership from decades, or more than a century, earlier.

“On one level, it was remarkable,” said Melody McCoy, a lawyer for the Native American Rights Fund, a nonprofit group that has represented tribes in hundreds of major cases. “Congress listened to the claims of tribal leaders.”

But, Ms. McCoy said, the government took a paternalistic view, and kept Native Americans from having direct control of the funds, in the belief they were not “competent to receive such large amounts of money.”

A separate agreement, struck with Congress in 1971, led to the biggest award — $962 million worth of land in Alaska, some 44 million acres — in return for Indians, Eskimos and Aleuts relinquishing their aboriginal claims to the rest of the state.

Once again, the compensation was not awarded directly; instead, the land was put in the control of corporations, and the beneficiaries were given shares of stock in them.

Some victims of forced sterilizations were left out.

One of the thorniest problems with making reparations to victims of sweeping historical injustices is deciding who is included and who is not. 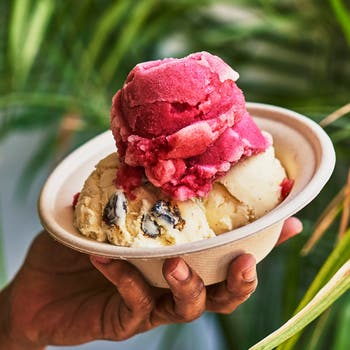 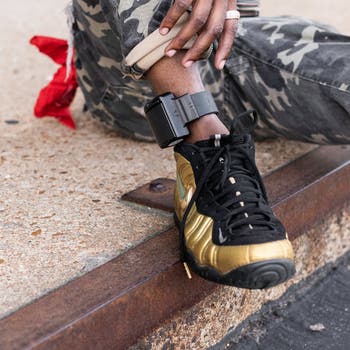 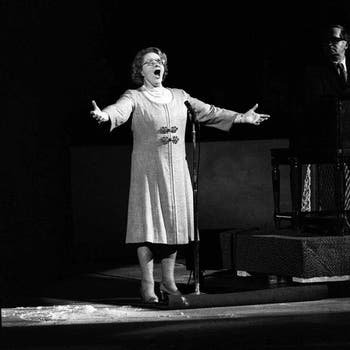 The Rich and Complicated History of ‘God Bless America’

In 2013, North Carolina became the first state in the country to pass a law intended to compensate the surviving victims among the 7,600 people who were sterilized under a decades-long eugenics program. The victims were largely poor, disabled or African-American. State lawmakers set up a $10 million fund to compensate them.

Conflicts arose over who was eligible. A state commission and state courts denied claims from relatives of victims who had died. Others were deemed ineligible because they had been sterilized by county welfare offices and not the state eugenics program, said Bob Bollinger, a lawyer who represented some of those victims.

“They got left out,” Mr. Bollinger said. “You’ve got to draw your reparations law broadly enough that you don’t leave out the people you’re trying to help.”

Defining the wrong done to Japanese-Americans was fairly straightforward.

A store in Oakland, Calif., the day after the Pearl Harbor attack. The store was closed and the owner was housed in War Relocation Authority centers for the duration of the war.CreditDorothea Lange/Library of Congress, via Reuters 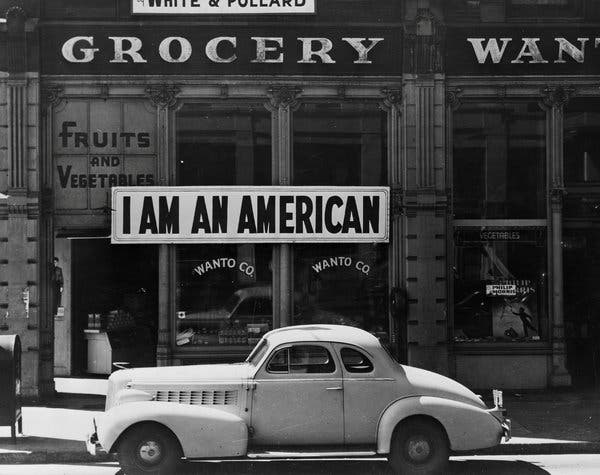 On separate occasions 40 years apart, Congress awarded payments to Japanese-Americans who were taken from their homes during World War II and sent to internment camps.

The Japanese American Evacuation Claims Act of 1948 offered compensation for real and personal property they had lost. About $37 million was paid to 26,000 claimants. But no provision was made for lost freedom or violated rights.

That came in 1988, when Congress voted to extend an apology and pay $20,000 to each Japanese-American survivor of the internment. More than $1.6 billion was paid to 82,219 eligible claimants.

The internment had been “carried out without adequate security reasons,” Congress declared, and was “motivated largely by racial prejudice, wartime hysteria, and a failure of political leadership.” The act acknowledged that the physical and emotional damage the internees had suffered, including missed education and job training, could never be fully compensated.

The bill produced “a wonderful feeling” among Japanese-Americans, according to Representative Robert T. Matsui, a California Democrat who was interned with his parents as a child. “It lifted the specter of disloyalty that hung over us for 42 years because we were incarcerated. We were made whole again as American citizens.”

The injustice began and ended on known dates, most victims could be readily identified through official records, and more than half were still alive when the compensation was awarded. The situation would be much more complicated and challenging for African-American claimants seeking reparations over slavery.

Counseling and education was part of making amends for police abuses in Chicago.

Aislinn Pulley, an executive director of the Chicago Torture Justice Center and a founder of Black Lives Matter Chicago.CreditDanielle Scruggs for The New York Times 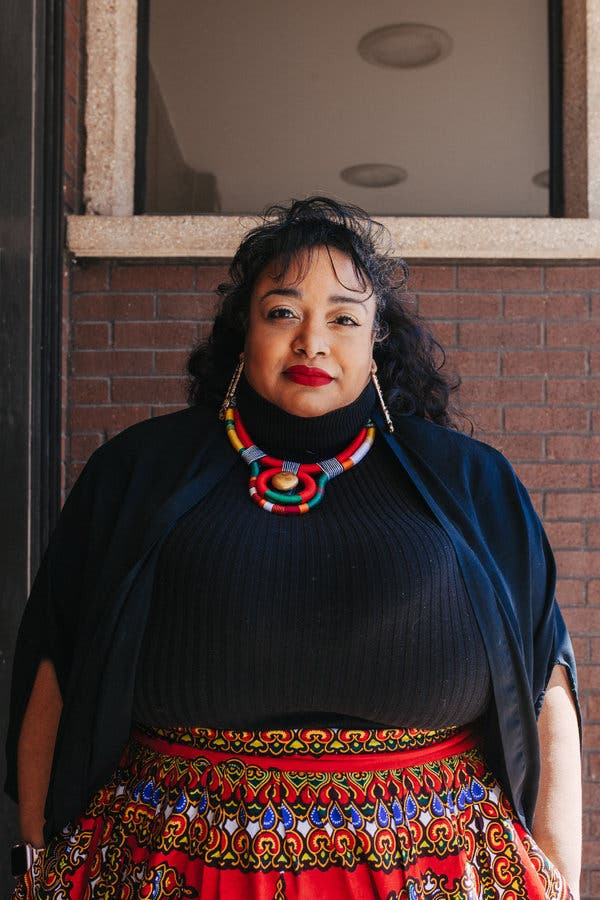 The men who survived brutal treatment by a Chicago police commander and his “midnight crew” of detectives wanted more than money.

As part of a $5.5 million reparations measure enacted by the city in 2015, Chicago agreed to compensate 57 victims — nearly all African-American men from the city’s South Side — who said the police had beaten, shocked, suffocated and psychologically tortured them to obtain confessions.

But the city also agreed to finance a Torture Justice Center to provide counseling to scores of victims of the commander, Jon Burge, and to other survivors of police brutality. The city supported building a public memorial, and agreed to weave lessons about the legacy of nearly 20 years of abuse into the public school curriculum. Students in Chicago now learn about police torture in history class.

“Reparations have been and always will be more than an apology and a paycheck,” said Joey Mogul, a lawyer who wrote a draft of the reparations ordinance and represented several survivors. “We have to consider all the harm people have endured.”

An apology for a Florida massacre mattered, but the money didn’t go far.

More than 70 years after a racist mob massacred black residents in Rosewood, Fla., and burned the hamlet to the ground, Lizzie Jenkins’s mother received exactly $3,333.33 as recompense.

In 1994, Florida became the first state to pass a reparations law acknowledging a need to confront an eruption of racist violence that government officials failed to stop.

The law set aside $2 million for those who survived the 1923 massacre, which began with an allegation that a black man had assaulted a white woman. A white mob that included Ku Klux Klan members swarmed into the largely black hamlet of Rosewood and killed at least six black residents, and perhaps many more. Churches and houses were burned, and the residents scattered, never to return.

Ms. Jenkins, 80, a historian and author whose aunt and uncle were attacked and nearly lynched in Rosewood, said that some survivors used the relatively modest payments to re-roof a house or do some remodeling. Her family used it to pay the taxes on the property where her aunt had grown up.

“They didn’t get a whole lot of money,” she said of the victims, “but at least Florida acknowledged they had made a mistake.”

When the reparations law passed, its supporters hailed it as a moment to “right an atrocious wrong,” while opponents complained about being held responsible for the “sins of our forefathers.” But Ms. Jenkins said the impact of reparations turned out to be surprisingly small, never enough to erase the bloody history or restore what had been taken.

“People just continued living their lives,” she said. “They lost everything — their personal items, their property, their hometown. Their dreams were derailed. But they didn’t lose their dignity.”

Georgetown University students are trying to repay a big debt with a small tuition increase.

Descendants of enslaved people sold by Georgetown University in 1838 spoke at a 2016 event about the university’s steps to atone for its past.CreditGabriella Demczuk for The New York Times 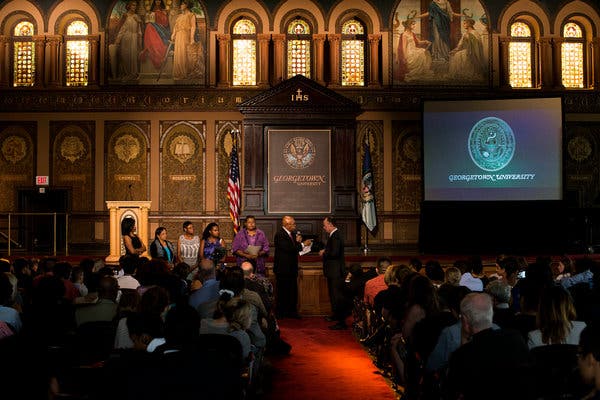 In April, students at Georgetown University voted to increase their tuition to benefit descendants of the 272 enslaved Africans whom the Jesuits who ran the school sold nearly two centuries ago to secure its financial future.

“The school wouldn’t be here without them,” said Shepard Thomas, a junior from New Orleans who is part of the campus group, Students for the GU272, that pushed for reparations to be paid. Mr. Thomas, a psychology major, is descended from enslaved people who were part of the 1838 sale.

Mr. Thomas said the amount of the fee, $27.20, was chosen to evoke the number of people sold, while not being too onerous for students. (A semester’s tuition and fees for a full-time student come to $27,720.00.) The university has about 7,000 undergraduates, so the fee would raise about $380,000 a year for the fund.

The student-led referendum was nonbinding, and the university’s board of directors must approve the measure before it can take effect.

Georgetown University agreed in 2016 to give admissions preference to descendants of the 272 slaves; Mr. Thomas was one of the first to be admitted under the policy. The school also formally apologized for its role in slavery, and has renamed two buildings on its campus to acknowledge the lives of enslaved people.

Jack Healy is a Colorado-based national correspondent who focuses on rural places and life outside America's “City Limits” signs. He has worked in Iraq and Afghanistan and is a graduate of the University of Missouri’s journalism school. @jackhealynyt • Facebook

A version of this article appears in print on June 20, 2019, on Page A19 of the New York edition with the headline: Long History, and Lessons Learned, From Idea That’s Been Tried Before. Order Reprints | Today’s Paper | Subscribe